Like the regular Titan V, the limited run CEO Edition is based on NVIDIA’s Volta architecture. However, it comes with 32GB of HBM2 memory and 6MB of L2 cache, up from 12GB and 4.5MB, respectively, on the vanilla Titan V.
It’s not clear if the Titan V CEO Edition also got a bump in Tensor Cores, which can offer massive improvements in deep learning workloads, or sticks with the 640 that are found in the regular Titan V. Either way, NVIDIA claims the Titan V CEO Edition can crank through deep learning matrix operations at 125 teraflops at FP15 precision, versus the Titan V’s 110 teraflops threshold. 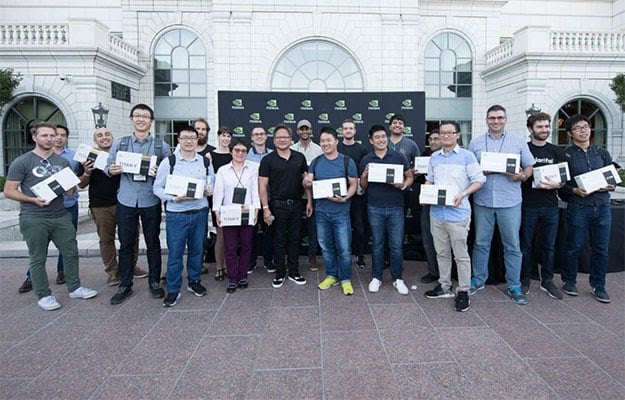 “The number of problems you guys are able to solve as a result of deep learning is truly amazing,” Huang said to a crowd of more than 500 guests. “We’ve dedicated our company to create a computing platform to advance your work. Our goal is to enable you to do amazing research.”
Source